Yesterday (Sunday 19th July) we ran a Race for Life 10k. Gigi and I had signed up while mum was still around. Running was always something she loved – we’d join when we were little, through the stroppy teenager years and then again rediscovered it.

It was really strange to think she wouldn’t be there at the finishing line. A group of friends joined us: Candy, Margaret, Lizzie, Koral, Laura, Ellie, Anita, Sarah, Imogen and a strong team of supporters. Without you, and the support, I’m not sure we would have got through the run. 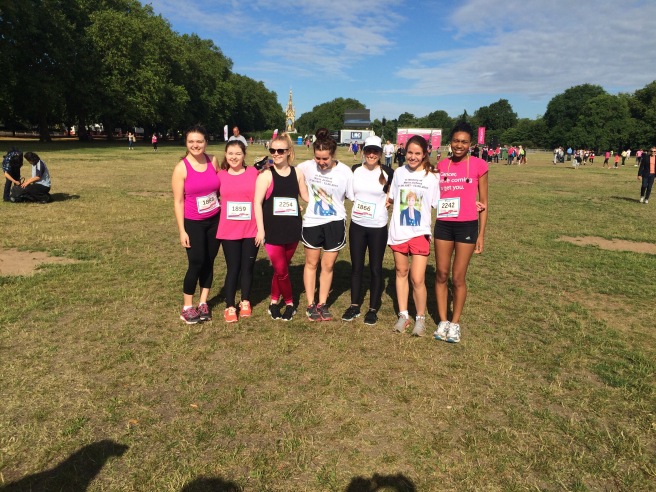 Everyone was amazing, and such a nice atmosphere. When we were sipping the pink bubbly Jim had arranged, it felt like mum had been running with us throughout. 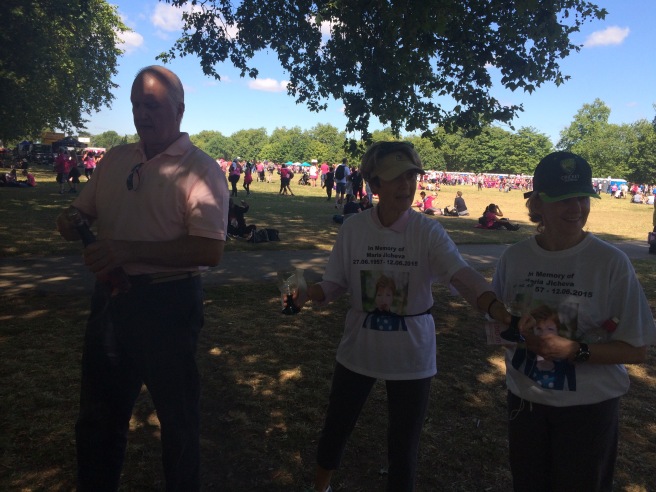 So far, we have raised an outstanding £5,522.29 for Cancer Research UK – absolutely mind blowing. As a team, we couldn’t have done it without all your support.

A huge thank you to Catherine for an incredibly wonderful supper club last night. It was the sort of occasion mum loved – getting interesting people together, perfect hosting, delicious delicious food. Thank you for the beautiful words of introduction.

And all this yumminess! 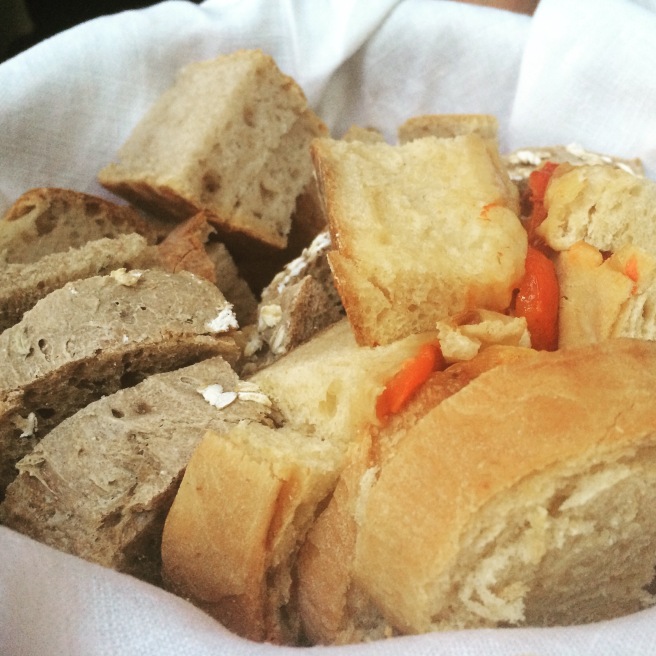 Yesterday was my parents’ 28th wedding anniversary. The joke was always: “we got married on Independence Day for the irony”. It was another of those difficult days, when we were very conscious of the canyon-like hole in our lives.

First thing, we went to visit mum, take some flowers. It feels therapeutic, quiet – see where she’s resting, tell her our plan for the day. Tell her how much we love her.

Coming home, we packed a picnic and went to Fulham Palace. The weather was beautiful, and we found a shady spot under a tree.

There was a children’s birthday party, but that was mostly humming in the background.

In usual Jichev occasions style, we booked Temple at the Donmar. Overall, good play – Simon Russell Beale is always a favourite, interesting tension between progressive and conservative elements of CofE. Some of the other characters could have been developed more, but we enjoyed it.

This was all followed up by moules et frites at Belgo Centraal opposite. We ordered our usuals, from many post theatre dinners past. Dad told us more about their wedding day, the plan for a small wedding and over 100 guests rocking up. All about the fusion of music – Russian, English, Bulgarian, French, Italian… The little bridesmaids who fell in the sea during the reception.

It was lovely, and mum was with us all the way. In a different way, but nevertheless with us.

A photo from but after that time (with baby Denny):

And always a classic:

Dear Gigi and Denny,
I hope this finds you both well and I can’t even appreciate how intense these last days would have been for you.
It’s wonderful how you manage to let everyone take part in the mourning and share words and thoughts of people who have been close to Maria.
Last Friday at the time of the funeral, as I couldn’t join you there unfortunately, I lit a candle for Maria in another part of the world.
Sarah, my partner, would like to join you on the ‚Run for Life‘ and we wanted to know how to sign her up for your team.
With all the best wishes, 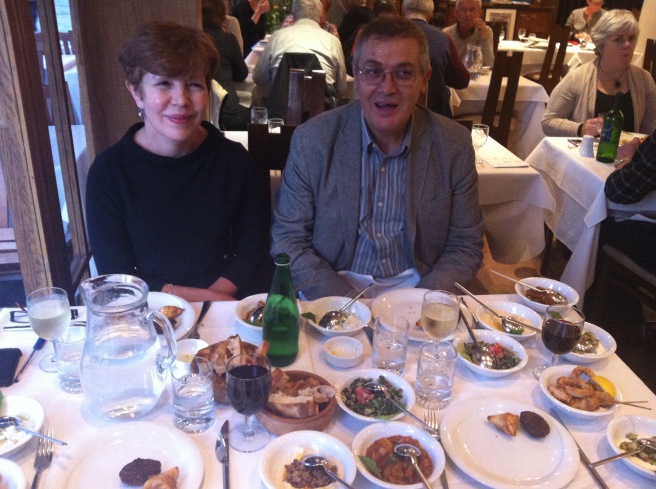 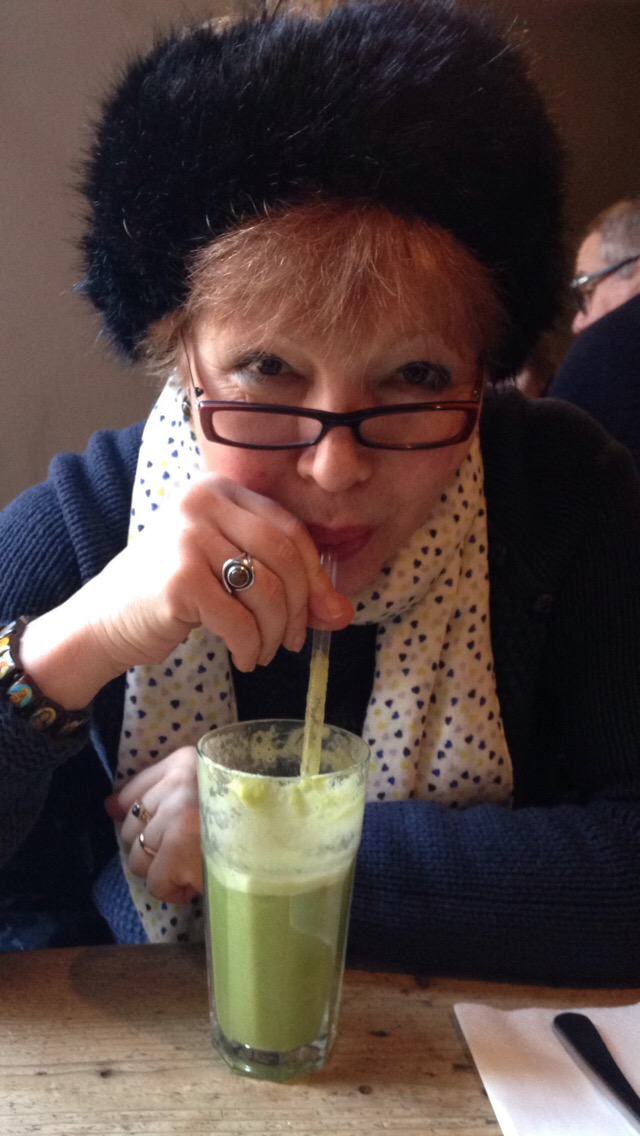 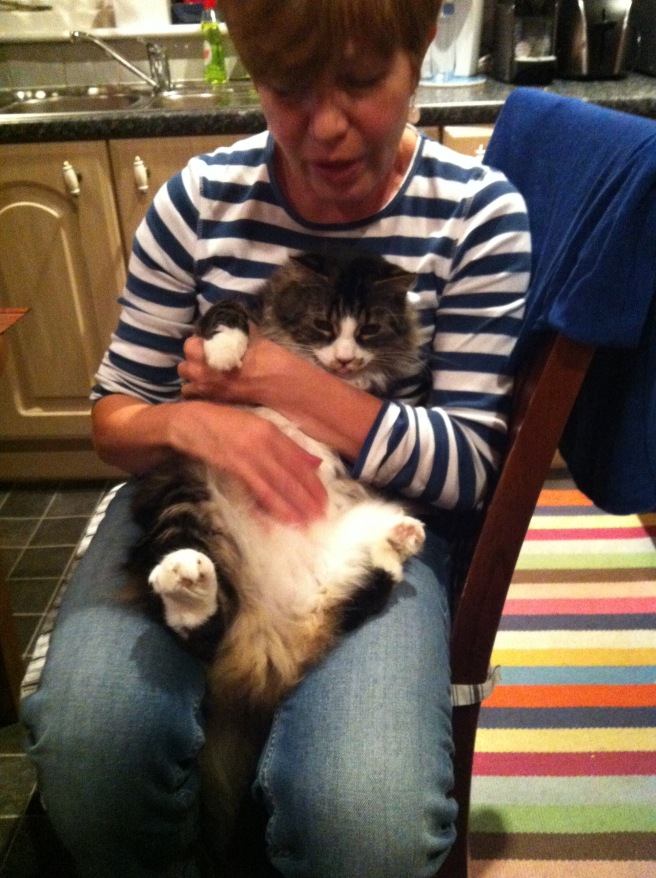 Thank you for these beautiful flowers and for the support and condolences over the last couple of weeks. Have meant a great deal. Andrey

Please bear with us as we try and respond to all of the messages – trust that we’ve read, appreciated and loved each one. The cards, as well as the flowers, have been overwhelming.

For the kind, thoughtful letter he sent and for the beautiful wreaths at the funeral.

We will also be sending individual thank you cards (Gigi is designing). 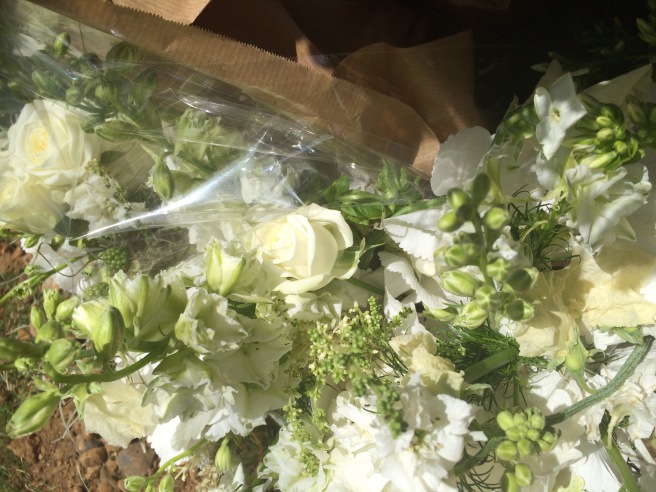 For coming to spend the weekend with us, the support, the memories and these wonderful flowers we took mum yesterday.